The Incredible Spider-Hulk is an episode of Ultimate Spider-Man. It aired on June 16, 2013.

Spider-Man and The Hulk swap minds and leads to lots of clobberin'.

As Spider-Man battles Batroc the Leaper on the Manhattan rooftops, he was continually distracted by J.J. Jameson, who as always bad mouthed Spidey calling him a menace. But when he webs up Batroc he is attacked by a mob of people who are fed up with Spider-Man. Nick Fury contacted him on his communicator, ordering him to the Tri-Carrier. S.H.I.E.L.D. planned to use the mutant criminal Mesmero to enter the Hulk mind, increasing his intelligence so he can now be a force for good. The procedure, however, went wrong and he tries to take over the Hulks mind but Spider-Man jumps on and removes the device stopping the procedure, but blacked out. When Spider-Man came too he was in the Hulk's body and struggled to handle the powerful body. He confronted Mesmero, but he fell into his cell realising the Mutant criminal. He was then attacked by S.H.I.E.L.D. agents and a Mandroid believing the Hulk is loose and attacking them, but he was able to escape the Tri-Carrier. Elsewhere the Hulk woke up in Peter's body just as confused, but Aunt May ignored his antics and takes him to school, where he is forced to take a test. Peter tries to contact Hulk in his body via a pay phone but he is attacked by the Thing. The pair battled, causing destruction throughout the city. White Tigers takes the Hulk in Peters body to the roof of the school and puts him in the Spider-Man costume. The three heroes battled again, which leads them to the Brooklyn Bridge. Mesmero in a cab trying to escape the city, used his powers to control the Thing. The Thing was freed from his control and the Hulk grabbed Mesmero forcing him to reverse the mind swap. Then S.H.I.E.L.D. arrived to take down the Hulk, but he escapes but appears to have gained a new level of control and mildly increased intelligence. 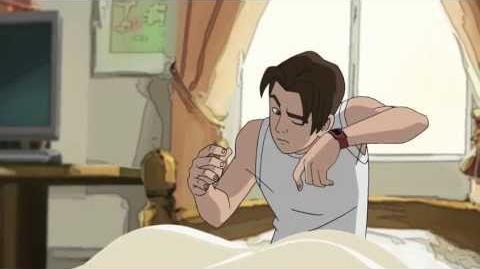 Retrieved from "https://thedailybugle.fandom.com/wiki/The_Incredible_Spider-Hulk?oldid=37286"
Community content is available under CC-BY-SA unless otherwise noted.