Return of the Sinister Six is the 25th episode of the second season of Ultimate Spider-Man. It aired on November 3, 2013.

Spider-Man and his team are tested by a surprise attack from Doctor Octopus' newly-formed Sinister Six. 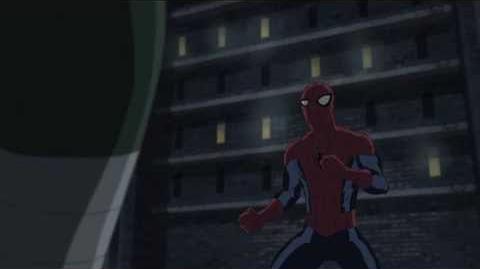 Retrieved from "https://thedailybugle.fandom.com/wiki/Return_of_the_Sinister_Six?oldid=38294"
Community content is available under CC-BY-SA unless otherwise noted.