Me Time is the 12th episode of the first season of Ultimate Spider-Man. It aired on July 1, 2012.

Spider-Man insists on a day off from S.H.I.E.L.D., but Doctor Octopus attacks.

A tornado rampages in the city, Spider-Man arrives on the spider-cicle saving civilians from the cars. He discovers that Whirlwind is the cause of the tornado. Whirlwind reports to Octavius and gets pursued by Spider-Man into the tornado. Spider-Man graps his helmet with his web and knocks him out it with it. Fury arrives telling Spider-Man that he still causes too much collateral damage and that he needs to go back to the Helicarrier for training. Spider-Man objects to it and leaves with his spider-cycle. Peter is at home, reading a note of Aunt May that she went out. Peter gets excited and starts to party with himself, until he discovers a small camera from S.H.I.E.L.D. in his home, which Peter scream out Fury's name.

In the S.H.I.E.L.D. Helicarrier, Spider-Man is angry at Fury for spying on him. Fury tells him that Spider-Man signed a contract, which Spider-Man had doubts on him, but his friends Nova, White Tiger, Iron Fist and Power Man corrects him. Spider-Man gets annoyed and gives off the S.H.I.E.L.D. watch and leaves S.H.I.E.L.D. for a weekend to get some free time.

Octavius does his research on Spider-Man, until he is interrupted by Norman. Norman is out of patience of Octavius' and thinks to shut down his lab, if he doesn't capture Spider-Man. Octavius tells him that he will hunt for the spider, which Norman responds with laughter and mockingly decides to let the shut-in scientist handle it, then Octavius breaks the screen and goes after the spider.

Doctoro Octopus enraged by Spider-Man, grabs him but is put to stop after Spider-Man webs his breathers. Norman Osborn sees the footage of Octavius being defeated and fires him and blows the lab up. Water is leaking in and Spider-Man reaches to Nick Fury, he asks for help and apologizes for his behavior. Doctor Octopus removes the webbings and tries to attack Spider-Man. The water fills the entire lab soaking them in and a way opens to escape. Spider-Man wants to get out, but Doctor Octopus drowning. Spider-Man grabs Doctor Octopus and throws him out of the lab, but getting hold of one of Doctor Octopus' arms. Spider-Man is out of breath and falls unconscious.

Peter wakes up in the infirmary, seeing Nick Fury, telling him that he did not found Doctor Octopus and the remaining technology inside. Curt Connors is amazed by the arm of Doctor Octopus that Spider-Man held onto. Peter apologizes to Fury again, and brings a deal that there will be only one security footage and delete the other footage. Fury is proud of Peter's adulthood and promise that he will delete the footage. 23 hours and 23 minutes later, a footage showing Peter's embarrassing moments, that Fury showed to the other trainees and laughs Peter out. 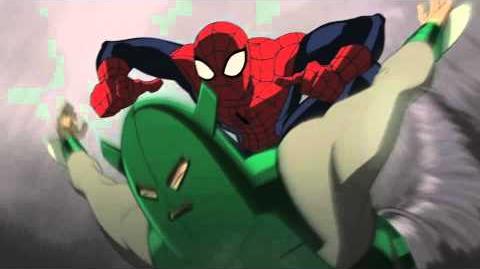 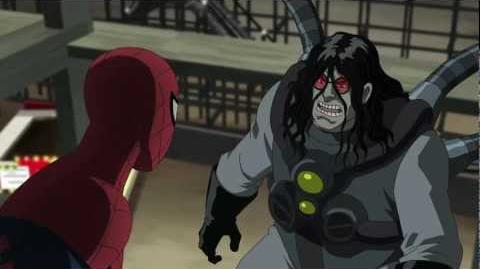 Retrieved from "https://thedailybugle.fandom.com/wiki/Me_Time?oldid=39810"
Community content is available under CC-BY-SA unless otherwise noted.