THE REVEAL OF THE NEW SINISTER SIX! After a shocking betrayal by one of SPIDER-MAN's closest allies, DOC OCK now knows that the key to retrieving Hydra Island is hidden somewhere in AUNT MAY's house. Will Spider-Man be able to protect his family or will he be pulled in another direction when the S.H.I.E.L.D. Academy is attacked? Man, can't PETER ever catch a break? 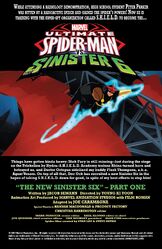 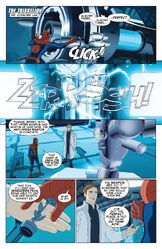 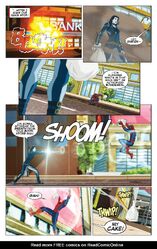 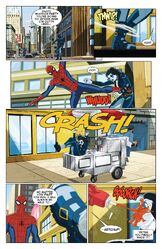 Add a photo to this gallery
Retrieved from "https://thedailybugle.fandom.com/wiki/Marvel_Universe:_Ultimate_Spider-Man_vs_The_Sinister_6_-_The_New_Sinister_Six:_Part_1?oldid=36671"
Community content is available under CC-BY-SA unless otherwise noted.