S.H.I.E.L.D. is under attack! Doctor Octopus tricked Spider-Man into arresting him and bringing him aboard the Tricarrier where he took control of Swarm's nanobots and turned the Tricarrier into a Hydra-mobile for his new bestie, Arnim Zola. Together, they destroyed S.H.I.E.L.D. headquarters with Spider-Man's friends inside and dropped ol' web-head into the Hudson Bay where he was rescued by a NEW spider hero...

Differences Between The TV Episode and Comic 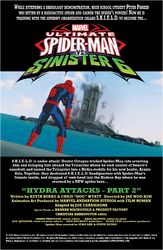 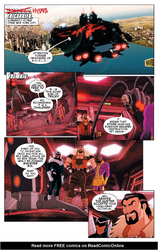 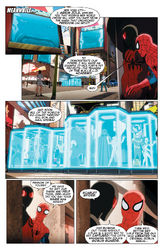 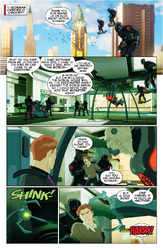 Add a photo to this gallery
Retrieved from "https://thedailybugle.fandom.com/wiki/Marvel_Universe:_Ultimate_Spider-Man_vs_The_Sinister_6_-_Hydra_Attacks:_Part_2?oldid=36590"
Community content is available under CC-BY-SA unless otherwise noted.