White Tiger comes to terms with her powers and origin.

The team in a training session battle White Tiger, who had suddenly become more feral and aggressive. This is due to the sound of tribal drums, she attacks a restaurant then begins eating the food. The team fight her and finally she comes to her senses, the man controlling her is revealed to be Kraven the Hunter. Now in her feral state the team tries to help, Spider-Man visits Agent Coulson for advice. There Coulson reveals her origin; she is the daughter of the last White Tiger a hero powered by the White Tiger Amulet. The Amulet allows the wearer to gain the powers of the White Tiger. After his death she inherited the power and is forced to remained disciplined to control her wild side. The team are kidnapped and drugged. Spider-Man and White Tiger track them down and rescue them only to be confronted by Kraven. It is then revealed that Kraven killed her father to gain the Amulet. Using his advanced hunting equipment Kraven attacks. The duo try to escape, but he cuts the Amulet from her belt. Using the Amulet he takes on a bestial form and the power of the White Tiger. Kraven is lead into a zoo and into an area that contained actual White Tigers. Spider-Man attaches his web-shooter to Kraven's back that explodes covering him in web. He was then attacked by White Tiger who retrieves her Amulet reverting him back to normal. Before White Tiger can attack Kraven Spider-Man recounts his own story of revenge after the death of Uncle Ben. Kraven using an energy dagger breaks his way though the webbing, but is knocked out by White Tiger and Spider-Man. 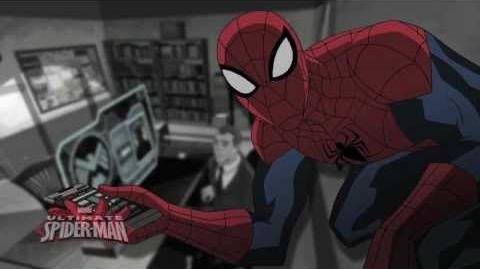 Retrieved from "https://thedailybugle.fandom.com/wiki/Kraven_the_Hunter_(episode)?oldid=38154"
Community content is available under CC-BY-SA unless otherwise noted.