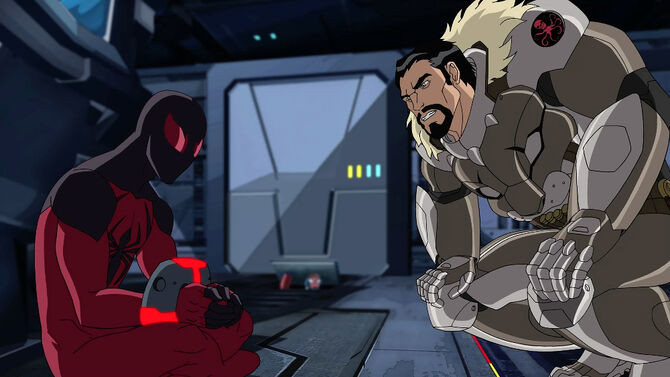 Double Agent Venom is the sixth episode of the fourth season of Ultimate Spider-Man.

Spider-Man and Scarlet Spider must overcome Kraven in order to rescue their kidnapped teammate, Agent Venom.

The sonic machine used to remove the Venom Symbiote is similar in appearance to the machine that changed Norman Osborn into the Green Goblin in Spider-Man: Turn off the Dark.

Retrieved from "https://thedailybugle.fandom.com/wiki/Double_Agent_Venom?oldid=30153"
Community content is available under CC-BY-SA unless otherwise noted.