Beetle Mania is the 16th episode of the first season of Ultimate Spider-Man. It aired on July 29, 2012.

Spider-Man has to protect his worst critic from a high tech enemy and save Mary Jane from The Beetle.

Beetle: Missed? I never missed!
(Power Man punches him)
Power Man: You talk too much. 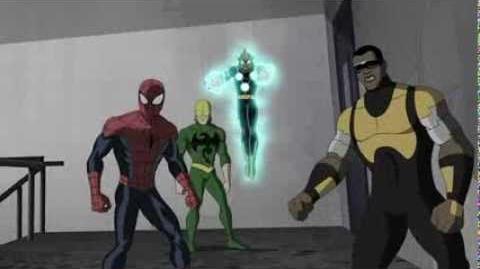 Retrieved from "https://thedailybugle.fandom.com/wiki/Beetle_Mania?oldid=39760"
Community content is available under CC-BY-SA unless otherwise noted.